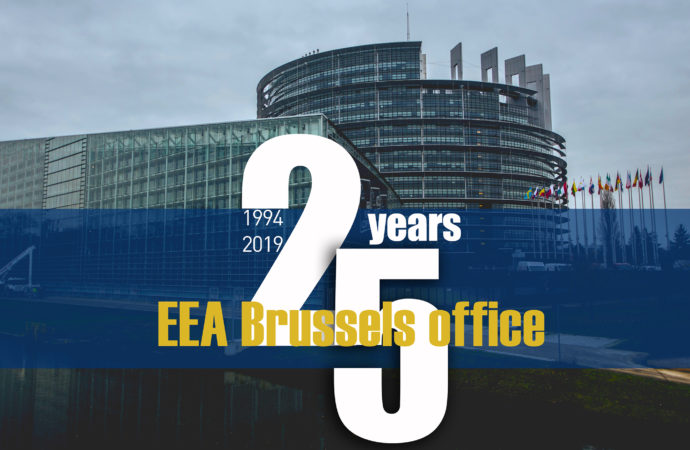 Author: Jeff Fountain, Schuman Centre Originally published in WEEKLY WORD , January 14, 2019   Tomorrow is B-Day, Brexit Day, when Parliament in London decides whether or not to accept Theresa May’s controversial deal. If rejected, the PM will get three working days to produce ‘Plan B’, with an expected Commons vote next Monday. If the vote is again negative, the UK leaves the EU on Friday, March 29, with no agreed exit deal. On Wednesday, while Mrs May could well be in Brussels trying to shape a ‘Plan B’, the European Evangelical Alliance happens to be celebrating 25 years of engagement in EU circles, after the opening of a Brussels socio-political office in 1994. Much behind-the-scenes influence on EU legislation on freedom of religion, worship, thought and conscience has been direct fruit of this office. The celebration includes a discussion on the integration of Muslims in Europe, an issue dominating the quarter-century since Julia Doxat-Purser was appointed to set up the Brussels office. Back in 1992, I met Julia in Brussels and asked her to help set up a consultation for evangelical leaders in Europe to reflect on the relationship of Christians and churches to what was then the European Community. Prayer? After becoming European director of YWAM in 1990, I had been wondering what Christians should think about what many suspected was the emerging ‘beast’ in Brussels. So I arranged a meeting for our leadership team with a European Commission official. To our great surprise, the official asked us to begin with prayer, before then launching into the Robert Schuman story–a story of Christian forgiveness and reconciliation for rebuilding post-war Europe so different from the conspiracies I had heard. Christian leaders everywhere should hear this story, I thought, and asked the official to help organise a consultation for evangelical leaders. So EUROPA ’92 was held, with about fifty leaders present. Contributors included Jerome Vignon, Commission President Jacques Delors’ right-hand man, and Sir Fred Catherwood, European Parliament vice-president and later president of the UK Evangelical Alliance. One direct outcome was the request for Julia to open a socio-political office in Brussels for the EEA. Another was a series of annual events Julia, myself and others organised, the New Europe Forum and the New Europe Student Forum. A third was the following affirmation, basically addressing the question in Mrs May’s mind today: ‘How should we relate to Brussels?’. THE 1992 BRUSSELS AFFIRMATION We, a group of evangelical leaders from various organisations and churches in Europe, participating in the EUROPA 92 consultation, affirm:

1. our need to re-evaluate our attitudes towards the process of European union in general and the European Community (now Union) in particular, and to repent from our apathy towards involvement in this process;

2. that the institution of government, whether of the single nation-state or multi-national (as with Rome or the EC/EU), is a God-ordained sphere of authority (Romans 13:1-7); and that civil servants and politicians are called ‘ministers of God’ (diakonos – Roms 13:4), and are to be obeyed when operating within their God-given authority;

3. that we as Christians have a primary duty to pray for such government officials, both of nation-states and of the EC/EU, for wise and just government, so that conditions of social ‘quiet and peace’ might facilitate the preaching of the gospel (1 Tim 2:1-4);

4. that the original vision of the EC/EU was not primarily economic, but rather, consistent with biblical values, aimed to reconcile the warring European nations into a true community of nations, laying aside their ‘tribal squabbles’;

5. that in the real world, results do not always follow intentions, and that several areas of concern need ongoing monitoring: • the tendency for economic and material values to dominate the decision-making processes of the EC/EU; • a potentially alarming democratic deficit in these processes, which could lead to misuse of power; • the speed of developments in recent years which increases the danger of autocratic decision- making; • the possibility for non-biblical worldviews to dominate the spiritual values which will guide the new Europe;

6. that we must explore and grasp the numerous opportunities, created by the process of European unity, • for evangelism and mission in those lands with limited freedom of worship; • for collective action towards aiding the rebuilding of the newly liberated central and eastern European lands; • for evangelical Christians to help shape the spiritual character and values of the emerging new Europe;

7. that issues challenging European union and true community today, such as rascism, nationalism, the rise of Islam, the influx of refugees, and the environment, can only be sufficiently responded to from a biblical perspective, which transcends race, nation and culture, offers a secure hope allowing for tolerance to rival worldviews, calls for God’s people to hospitality and compassion, and requires wise stewardship of earth’s resources;

8. and that the power of the gospel has both preserving (salt) and saving (light)dimensions, and therefore we must apply God’s word to every sphere of life affected by sin, including politics, economics and social issues.

Till next week, Jeff Fountain